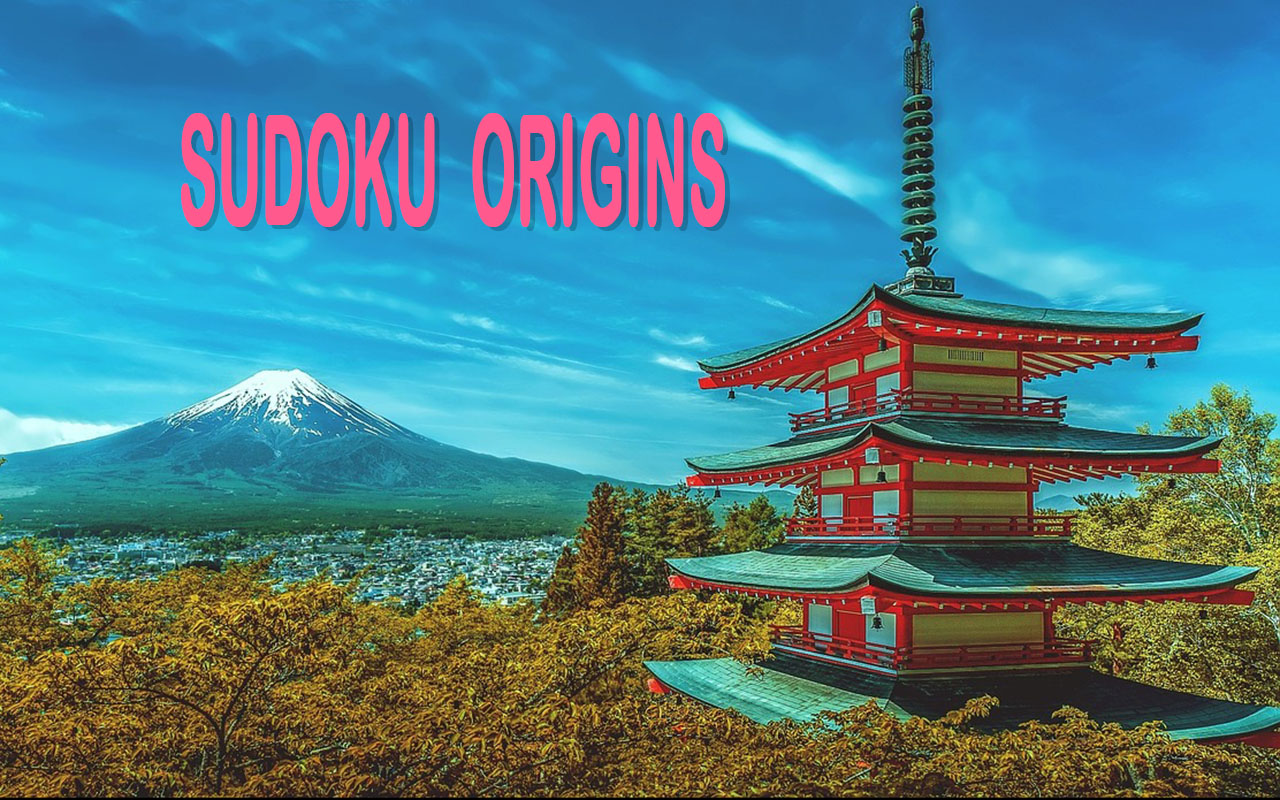 Many people would think the Sudoku game originated from an Asian country, Who will not think so when you go by its name? Sudoku is pronounced soo-doe-Koo. History has it that a Swiss Mathematician, Leonhard Euler, in the 18th century developed what he called "Latin Squares". The Latin Square ensures only one number or symbol can appear once in each column or row. These squares were used to solve statistical problems. Later, an architect from Indianapolis named Howard Garns added a rule of restraint to the Latin Squares, the rule emphasizes that each number or symbol can only appear once in the given space. This led to the development of the Sudoku puzzle as we see it today. Howard Garns published a 9x9 version of the puzzle in Dell newspaper column for games, the puzzle was tagged “Number Place." This was because the earliest versions of the puzzle came in numbers.

The name Sudoku was given to the game in Japan. Records state that the Sudoku puzzle was introduced to Japan in 1984. The name Sudoku implies that "the digits can only occur once on the row or column". The Sudoku puzzle became widely popular in Japan after less than a decade from when it was introduced. Historians believed that the need to keep the mind busy while commuting to work made many Japanese fans of the Sudoku puzzle. Commuters were buying newspapers that featured daily Sudoku puzzles. They worked through the puzzles as they go to or return from their workplace. This pattern of life became popular among workers and began to spread so much that today, people in Japan purchase more than 500,000 Sudoku magazines every month.

The Sudoku puzzle was revived in the West by the efforts of Wayne Gould, a New Zealand judge. In 1997 during a vacation in Tokyo Wayne was fascinated by the Sudoku enthusiasm he saw amongst the Japanese people, and soon became a Sudoku enthusiast himself. He later discovered how to make computer-generated Sudoku puzzles. This feat took about 6 years of dedicated work. In 2004, major newspapers started featuring Sudoku puzzles in their dailies. The first newspaper to do so was The Times London. In the United States, The Conway's Daily Sun also featured Sudoku puzzles. Over the next decade, Sudoku puzzles rose to global recognition. Nowadays many newspapers around the globe include Sudoku puzzles in their pages, In 2006, the first Sudoku Championship was held in Italy. Seven years later, another world Sudoku Championship was held in Beijing.

One wonders why the Sudoku puzzle has captivated so many people globally. The answer may lie in the fact that the game seeks to organize things. In one sense, our need to add order to our lives draw us to the game. For other people, exercising their mental capacities is key to a happy life. Whatever our motivations are, we hope that Sudoku puzzles will continue to thrill enthusiasts with its fun and adventure.