4 Reasons Why Sudoku Is Better Online Than On Paper 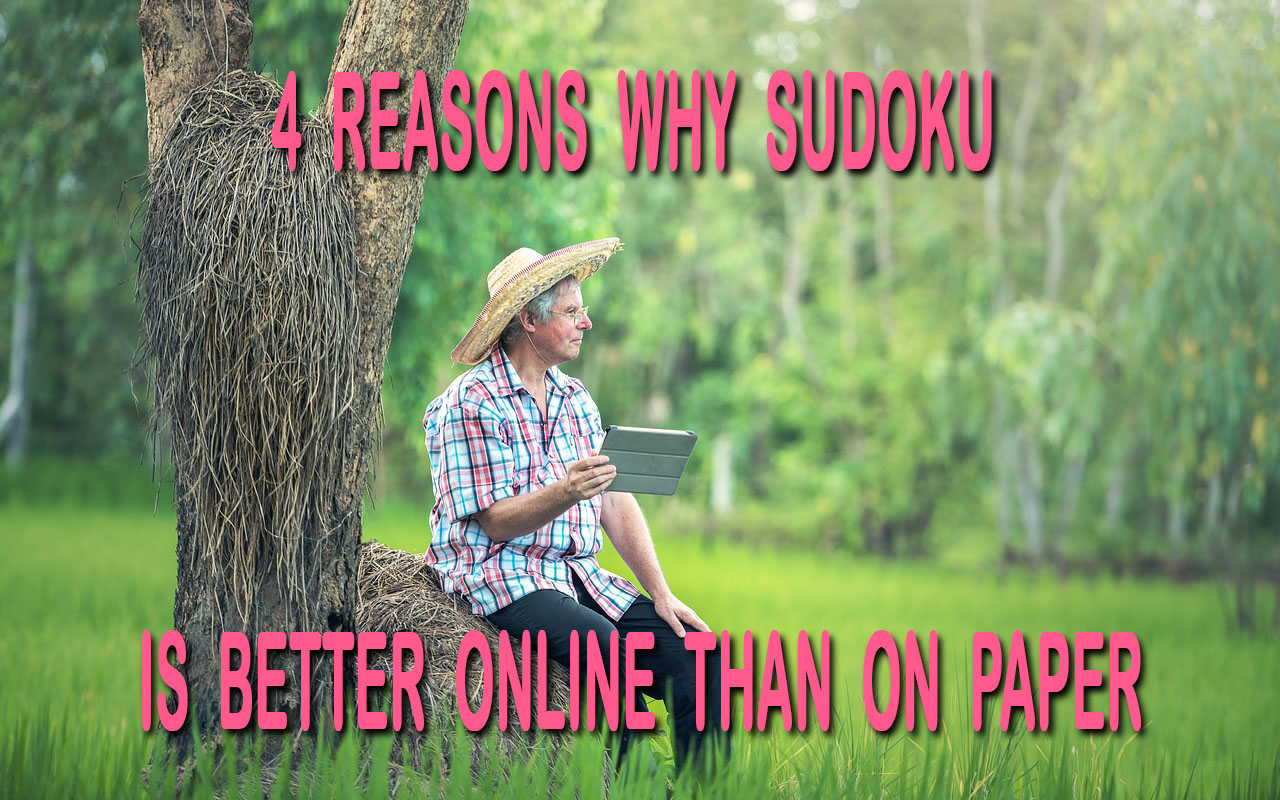 Did you know that people played Sudoku on paper ?!

With the advent of digital technology, smartphones, and applications, as mobile phones got the capacity to host apps, Sudoku evolved from being a game played on paper with the use of pencils, to being a game played on mobile phones. While some people miss those days when Sudoku was played on paper with pencils (they gained utmost satisfaction from it), other people believe Sudoku is best played online than on paper. What category of people do you fall in ?

Well, here are the advantages of playing Sudoku online than on paper:

1. Sudoku is more conveniently played online than on Paper

The reasons are obvious; as a matter of fact, it is indisputable that playing Sudoku online is more convenient than playing it on paper. Instead of carrying a newspaper all around the place or fumbling with a Sudoku book all that is required of you is that you visit the Sudoku website or tap the app on your mobile phone and start playing!

2. Online Sudoku is not place-bound

This also means you can play Sudoku on your mobile phone at any time of the day and anywhere…Isn’t this awesome? it does not matter if you enjoy playing games in the kitchen, restroom, bedroom, dining table…. you can get your mobile phone out of your purse and keep playing your beloved Sudoku.

In the Olden days, Sudoku puzzles appeared in newspapers and were played with pencils or ink. You also had to wait for a new Sudoku puzzle to appear in the paper each day before moving on to the next phase. Some People even resorted to buying Sudoku books containing pieces of mini-puzzles for them to get by. After playing each puzzle and exhausting all, they had to find some other alternative. But it is not like using a mobile phone. You definitely would have access to a wide variety of Sudoku puzzles just by clicking “new game”. You can even move to different categories. You will never run out of Sudoku puzzles if you play Sudoku online.

Is it not amazing that you have easy access to checking your work by playing Sudoku online? Playing Sudoku online also makes it easier and faster to check your work. you would not be saddled with the work of flipping through pages to find the answer key at the back of the newspaper or puzzle book; rather, you just click a button and your answer comes straight up. This makes room for easy correction. It also makes moving on to the next level easier than imagined.

With the click of a button, right in your bedroom, you can have access to loads of puzzles while you keep your brain active playing them.