A Complete Guide For Solving A Sudoku Puzzle Part 1 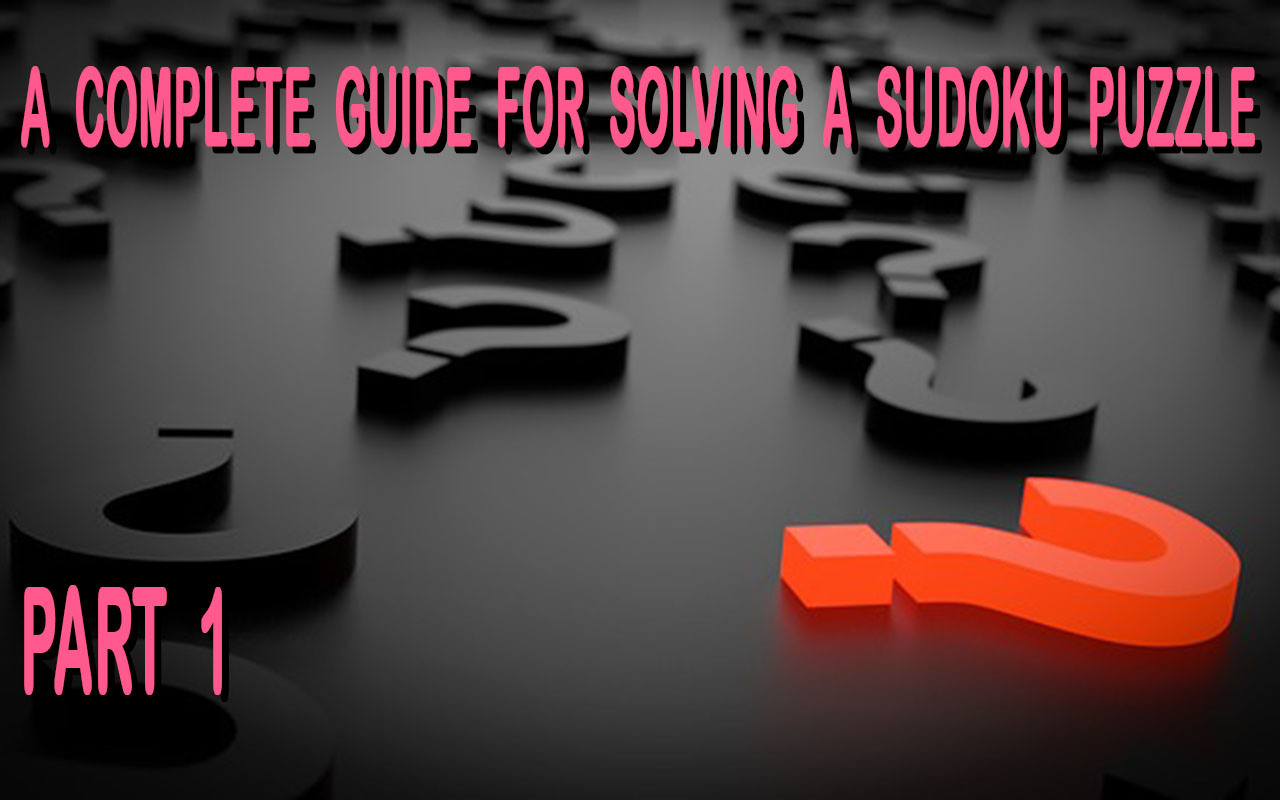 Sudoku is one of the most logical puzzle games in the world ! It has been lauded for being able to help improve problem-solving skills and strategy, and the game has continued to grow in popularity for a while now. Here we will try to learn how to improve at sudoku.

So, what is Sudoku?

A Sudoku puzzle is a number-placement puzzle that’s based entirely on logic. Essentially, the point is to fill a 9x9 grid with numbers in a way that every row, every column, and every of the 3x3 grids contains every number from 1 to 9.

Most of the time, you’ll find that your Sudoku puzzle comes with some of the numbers fixed in. with the umbers you already have, you’re to complete the puzzle in a way that completes the pattern and provides a perfect number placement module.

Variants of the Sudoku puzzle

There are different forms of the Sudoku puzzle available. These include Gross Sums Sudoku, Mini Sudoku, Wordoku, and Killer Sudoku.

The basic rules of Sudoku

While it might be a bit of a challenge to solve Sudoku puzzles, the important and most basic rules of the game include the following:

Before we go into the Sudoku solves, it’s important to note that discipline and patience are required if you’ll be any good at the game it’s not uncommon for players to get frustrated and abandon the game, but as long as you’re able to stay patient and apply the rules, then you should be more than fine !