What Makes A Sudoku Champion? 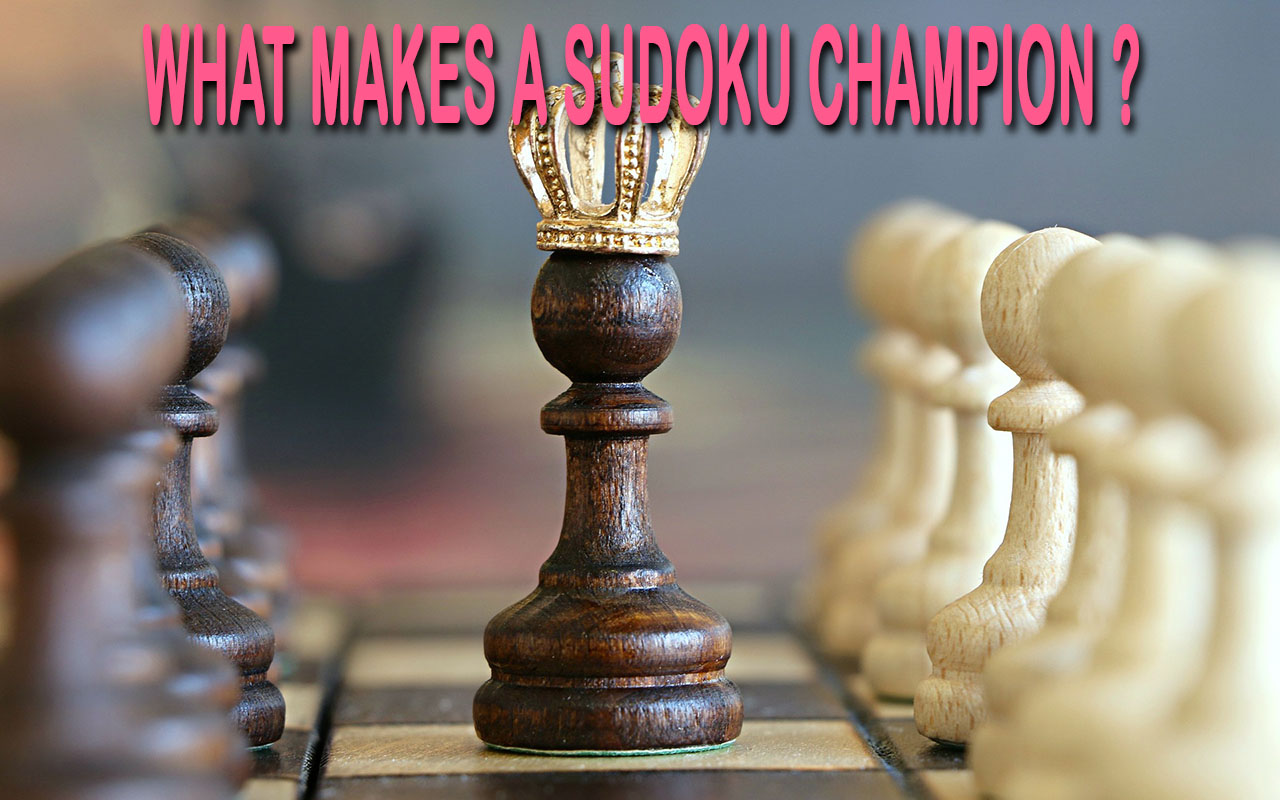 Sudoku is a game of the mind, and I am sure you're very familiar with the name. However, you might be wondering at the different characteristics Sudoku champions might possess which keep them on top of the game.

Interestingly, you are on the right page!

I will open you up to the top secrets of the champions, and I’m sure your approach to the game will elicit your top rankings in days to come! So… let’s get started! Listed below are the necessary Characteristics Sudoku champions possess which make them stand out in the game.

The Word “Math” definitely does ring a bell most people do not like to be familiar with! But do you like Math? Are you in love with science? Well, it might surprise you to know that many Sudoku champions are given to Math and science at an advanced level! They have sat with it, studied it, envisioned it and have it engraved in the codes of their hearts and brains… Does that sound like fun to you? well, if you plan to be a Sudoku champion, you might have to adopt a similar pattern which will entail being given to maths and Science “at an advanced level” The Popular name “Jana Tylova” is a Sudoku champion who won the inaugural Sudoku World Championship in 2006. She works as an accountant for a construction company, it implies that she deals with numbers. And we can only asume math and Science must have helped her in juggling numbers.

Another Sudoku champion is “Thomas Snyder”, who has the record of winning the U.S. Sudoku championships quite several times (World Sudoku Championship in Prague in 2007 at the age of 27) An amazing fact about Thomas Snyder: He earned a Ph.D. in Chemistry from Harvard University! He also works in a bioengineering research lab at Stanford University. So we can see that there is possibly a connection between Math, science, and Sudoku. According to research, Sudoku requires an active logical “left brain” thinking ( we cannot rule out having an orderly mind in Sudoku ).

A woman holding her hands up in a victorious way facing the sunset champions are people who love to do the following;

Sudoku champions are made in the womb…but they are also trained!

An interview with “Thomas Snyder” some years ago revealed that he feels there is the presence of wiring in his brain that helps him solve puzzles faster than others can. In addition to this, he also mentioned his practice lessons which he takes daily to keep his brain sharp and alert. Although we can come to the conclusion from existing facts that Sudoku champions possess some kind of biological advantage, we cannot also overrule the place of practice.

do you love Sudoku? do you have the biological advantage in your brain? do you love continual practice? Then you can be a Sudoku champion with consistent efforts in the right direction. see you at the top! PLAY NOW

What Makes Sudoku Easy, Medium, Or Hard? Here’s The Science Behind Sudoku Levels Sudoku Competitions Around The World