What Is Evil Sudoku 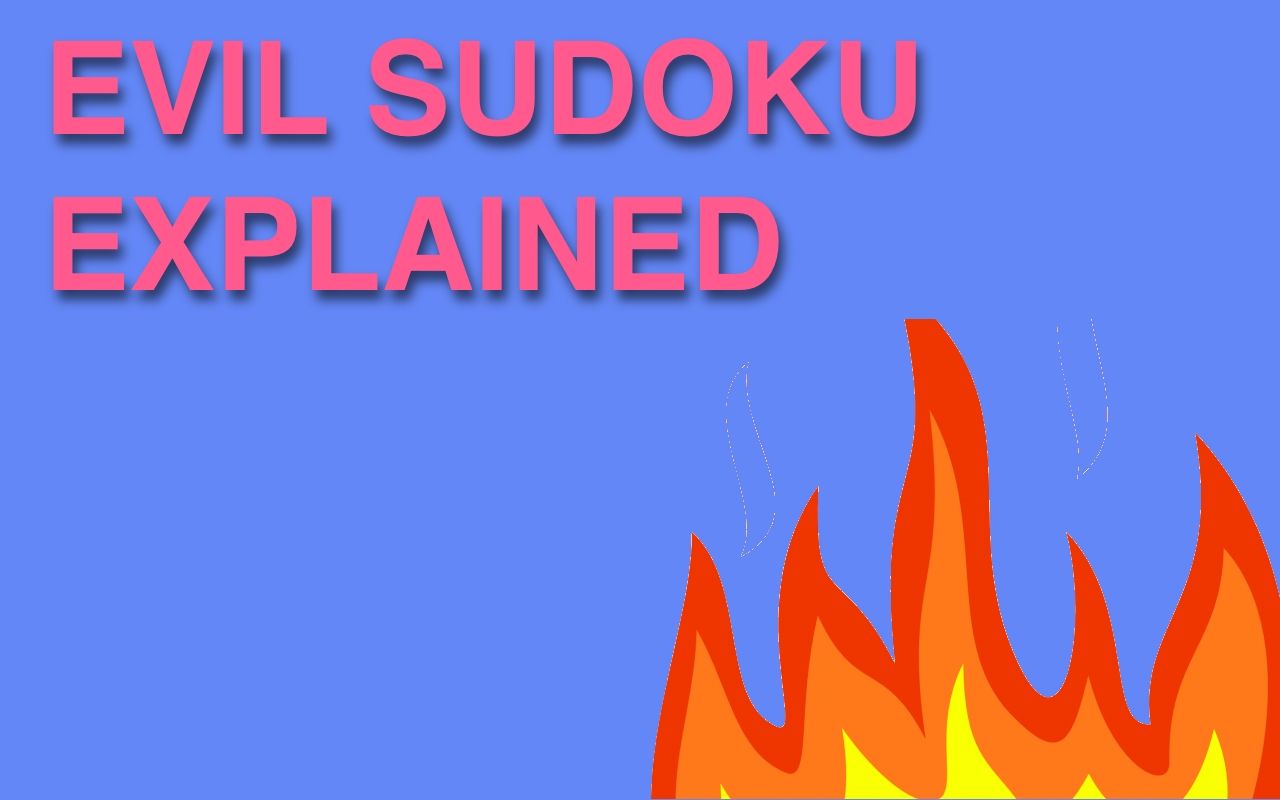 Ever came across “Evil Sudoku” and thought “what does that mean?”

Well, Evil Sudoku is the hardest level of number puzzles and it is also known to others by the names Extreme Sudoku or Expert Sudoku.

It's named that way mainly because it is very very hard and a lot of skilled players get frustrated while trying to solve it unsuccessfully.

The thing that makes it unusually hard is the small sum of given numbers a player starts with and also it takes a mix of some pretty advanced Sudoku solving techniques and knowledge.

A lot of skilled players will prefer to use pen and paper as it is easier to take notes and track the solution path that way. That said, Evil and Extreme online Sudoku are widely popular online, actually, almost 20% of our players had tried to solve an Evil Sudoku at least once!

Do you find hard-level Sudoku boring? Try our Evil Sudoku - We dare you!