How To Improve My Sudoku Skills 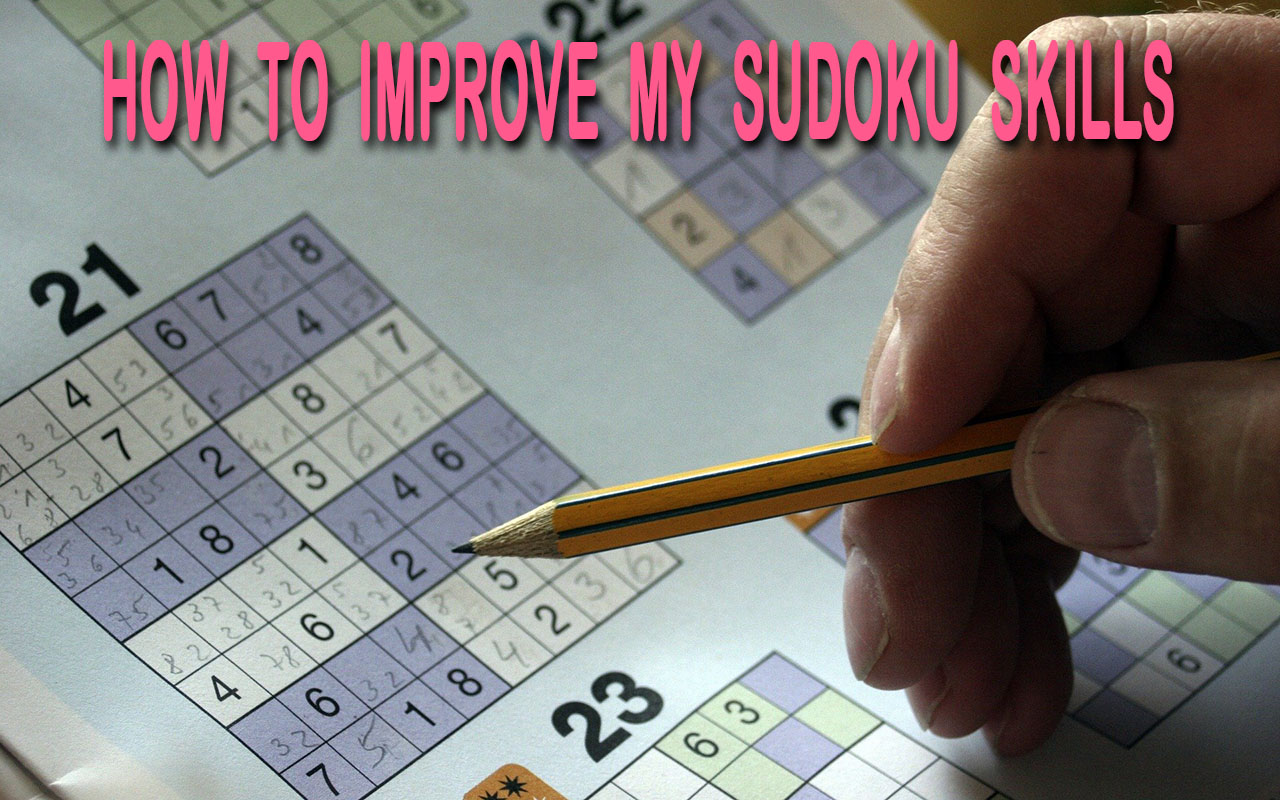 Sudoku is one of the most interesting and mentally-stimulating puzzles in the world. The game is straight to the point yet unmatched in its complexity. A lot of Sudoku lovers have tried to solve grids but have faced several issues in their quest.

How to play sudoku? How to improve at sudoku? with these tips, you’ll find that the game will become much easier.

Sudoku is played against the clock, so if you want to effectively solve grids without spending too much time, start by spending just 5 minutes. Set a clock or a timer on 5 minutes, and move like that. By limiting the amount of time that you spend on the puzzle, you can focus more effectively and work on speed. You’ll also be more encouraged to get things moving faster.

Narrow Your Focus and Shut Out Distractions

One of the biggest challenges that new Sudoku players tend to have is becoming too overwhelmed when they see a grid, the full one with 9 rows and 9 columns can be too much at first glance, and by the time you start to solve it, you find that you’ll get really tired really fast.

To save yourself some energy and still be able to solve the puzzle effectively, try to narrow your focus. Instead of worrying about all the specs on the grid, just focus on one part of it. Spend five minutes on a column or row, then move on from that when you’re done. By shutting out any of the distractions, you’ll be able to effectively keep yourself focused and move on. It also saves you a lot of brain strength.

Practice One New Technique for 5 Minutes

Another tip that can help Sudoku lovers is to try learning a new technique for just 5 minutes. You could pick any technique you like - for instance, the Number Pairs technique - and just practice that exclusively for 5 minutes. That period is great for racking your brain and becoming a pro at the technique, but it’s also not long enough that you become too tired from excessive playing. When you see that you’ve become very good at it and you get that jolt of energy, you’re encouraged to play more.

Start Fast and Avoid Being too Careful

A lot of Sudoku lovers have made the mistake of taking too long when analyzing a Sudoku grid. While the grid could indeed be confusing, excessive analysis will only lead to you becoming too careful or hesitant to make any moves. What is left is you being unable to make significant progress.

So, try using the 5-minute limit to speed yourself up and get a fast-as-possible start on the puzzle