4 Tricks To Keep You Focused While Playing Sudoku 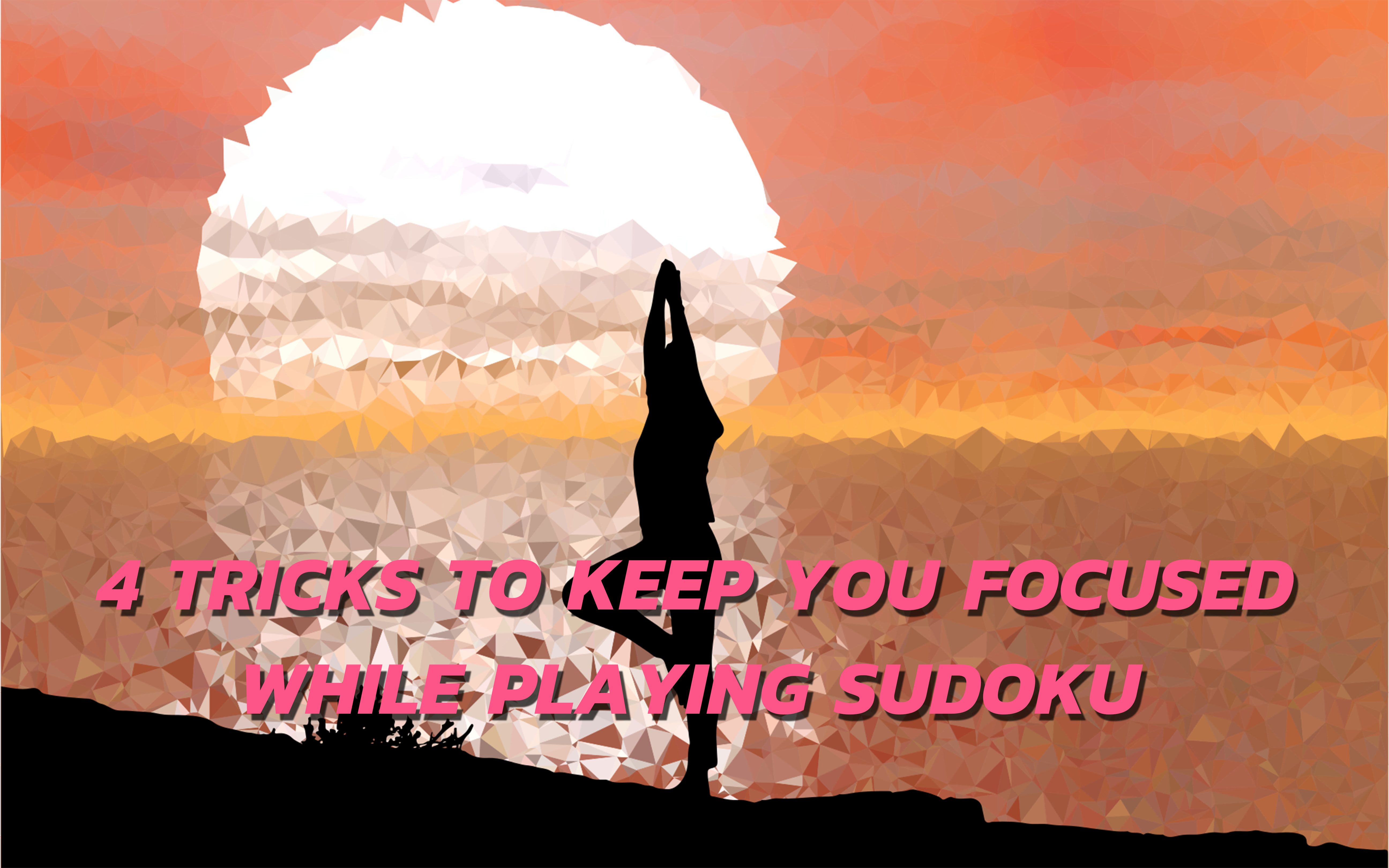 Playing Sudoku honestly doesn’t have to be a full-day task. The best players can actually finish some difficult grids in a matter of minutes. The key to playing – and playing fast – is learning to play quickly and keep your focus.

It’s easier said than done. However, the following tips will help you to get better:

You don’t need to focus on the entire game

One of the most significant mistakes that you could make as a Sudoku player is to keep looking at the entire game grid when you begin. You don’t need to.

If you’re playing the entire 9x9 Sudoku grid, keeping tabs on the entire thing can be excruciating. When you get one number put in, you see the others and just get discouraged. So, choose instead to focus on smaller compartments – a single square, a sing column, or a single row.

This way, you can focus on just one part of the puzzle – as opposed to the entire 81 boxes in the full grid. Apart from improving your ability to focus on the game, this will also help you to solve it faster.

Don’t be confined to one technique

Sudoku is one of those games that you can solve with different means and techniques. You might have just one in your head, or you might have learned several. It doesn’t matter. When playing, try to time yourself and confine one technique to a period.

It could be five minutes. For that time period, try a single technique and see how well it works, if it doesn’t make a switch.

Another way to narrow your focus is to actually time yourself when you play. When you know that time is winding down, you’ll be less prone to looking elsewhere while you play. Knowing that time is of the essence will help you to build a sense of urgency and focus on the task ahead.

Many people tend to begin thinking about how they’ll approach a Sudoku puzzle before they begin. Don’t do this. It will only make your more careful and prevent you from placing numbers. At the end of the day, you won’t make any significant progress and you’ll begin to lose focus.

The key to retaining focus is getting the game. When you’re making progress, you’ll become more prone to playing more. Overthinking will rob you of that opportunity.

Why You Should Encourage Your Spouse To Solve Sudoku Do Celebrities Play Sudoku?