4 Tips For Solving A Sudoku Puzzle 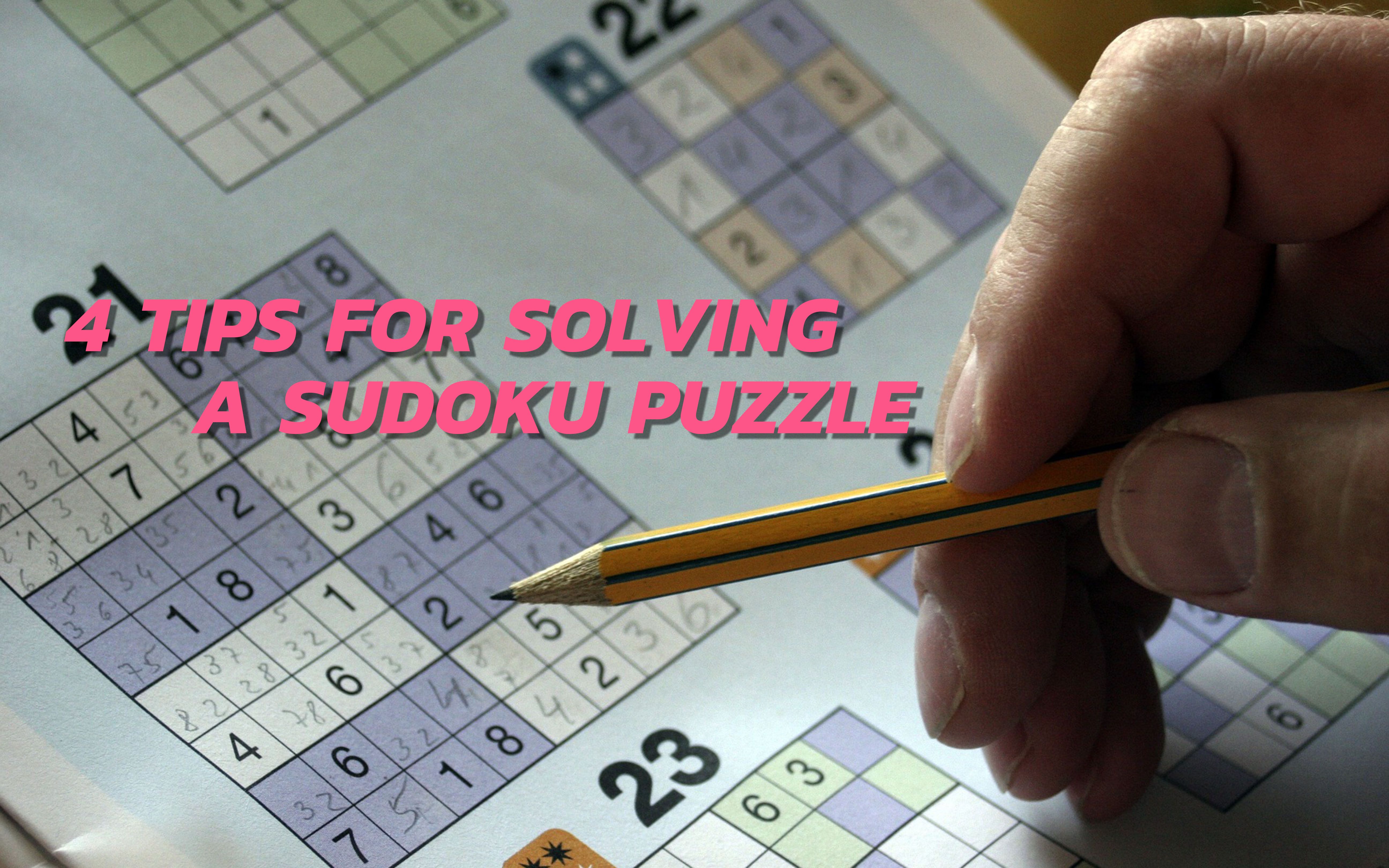 Sudoku is one of the most mentally-stimulating games in the world right now. However, like every game available, there are some quick hacks and tips that you can use to learn and master it much quicker.

Here are some of them and how you can take advantage:

Understand the setup and get prepared

One of the most important things you will need to do to effectively play Sudoku will be to learn the setup. A typical Sudoku game will give you a square grid of nine large squares. Enclosed in each of those squares will be nine smaller ones, and each of those smaller ones will usually be filled with numbers.

There are also some more difficult puzzles that have smaller squares filled in them. Remember to always use a pencil to play Sudoku, and not a pan. This is especially important for new players. There’s a significant chance that you’ll be making mistakes while trying to solve the grid, and the last thing you want is to mess the piece of part up. So, solve with a clean pencil.

Scan the columns or rows to fill the bigger spaces

If you want to begin, take a row of three large squares. Check for one number that you can find twice in differing squares, then check the rows that contain the number. There’s a significant chance that the third large square will contain the same number, although it most likely won’t be in the one or two rows that you’re checking out.

So, if you find the number “8” in two squares repeated, try to see if the number is in the third square. Just run your finger down the rows with every “8,” and see if you can find it.

Add in the other side

Once you understand how to scan across the columns and rows alone, check the other direction as well. Just take the previous example and throw in a bit of a difference. When you find the third square, it will only have one number filled in the row.

Then, just go down the columns and look. See if the number you’re trying to fill is in any of the columns.

Essentially, this means that if you see a lot of a single number on the board, you could try looking to solve for that number first. This way, you can fill numbers much faster and have less to think about.

Do Celebrities Play Sudoku? How Sudoku Affects The Way You Think